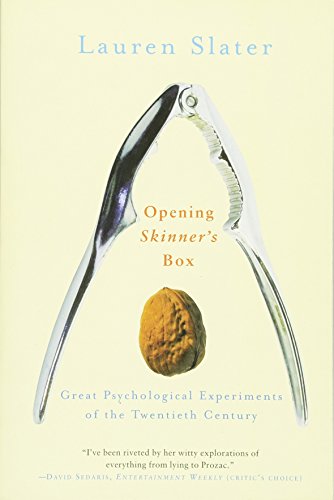 The average reader will spend 6 hours and 17 minutes reading this book at 250 WPM (words per minute).

Through ten examples of ingenious experiments by some of psychology's most innovative thinkers, Lauren Slater traces the evolution of the century's most pressing concerns―free will, authoritarianism, conformity, and morality.

Beginning with B. F. Skinner and the legend of a child raised in a box, Slater takes us from a deep empathy with Stanley Milgram's obedience subjects to a funny and disturbing re-creation of an experiment questioning the validity of psychiatric diagnosis. Previously described only in academic journals and textbooks, these often daring experiments have never before been narrated as stories, chock-full of plot, wit, personality, and theme.

View Fault Lines in the Constitution: The Framers, Their Fights, and the Flaws that Affect Us Today on Reading Length