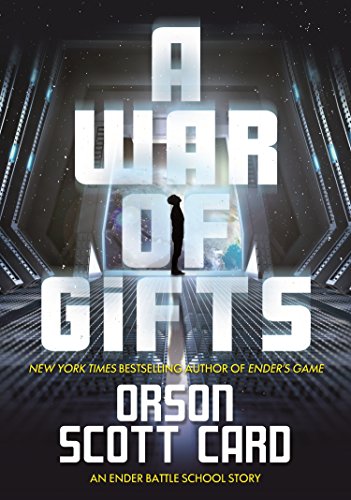 A War of Gifts: An Ender Battle School Story (Other Tales from the Ender Universe)

The average reader will spend 1 hours and 24 minutes reading this book at 250 WPM (words per minute).

From the #1 New York Times bestseller

At the Battle School, there is only one course of study: the strategy and tactics of war. Humanity is fighting an alien race, and we fight as one. Students are drawn from all nations, all races, all religions, taken from their families as children. There is no room for cultural differences, no room for religious observances, and there is certainly no room for Santa Claus.

But the young warriors disagree. When Dink Meeker leaves a Sinterklaaus Day gift in another Dutch student's shoe, that quiet act of rebellion becomes the first shot in a war of wills that the staff of the Battle School never bargained for.

Orson Scott Card's novel Ender's Game is the basis of the hit movie of the same name.

View Ender in Exile (The Ender Quintet) on Reading Length